The association between women and bread stretches back through the Middle Ages to prehistory. Women did not just make the bread that was vital to survival; the transformation of grain to flour was also women’s domain, and the labour required for this dwarfed the effort of making the bread itself.  Indeed, grinding grain probably took more of women’s time than any single other household activity, and the evolution of this task is the story of women’s lives in the early Middle Ages.

Early grinding was accomplished by various methods — pounding, saddle querns, etc. — but by the early English Middle Ages, the rotary quern was ubiquitous — a stone handmill consisting of a rotating top wheel that ground the grain against the bottom wheel.  The wheel was rotated in the direction of the sun, as admonitions against magic tell us.  Rotating it the other way was reserved for diabolical intentions. 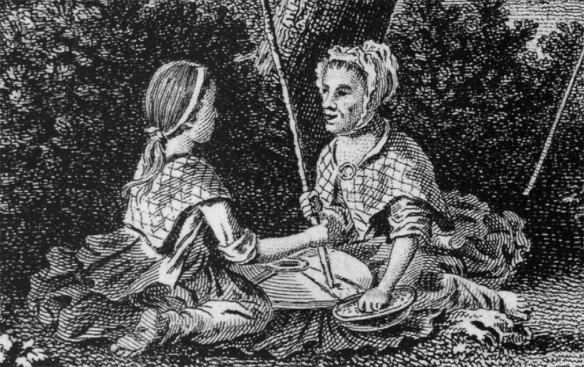 ‘Women at the Quern,’ from Thomas Pennant’s A Tour in Scotland and Voyage to the Hebrides (1772)

You can also see more querns here (Jerusalem 1985), here (Scotland 1840s), or here (India 1873). Notice that none of these women are alone. Querns are still in use in many parts of the world today, and there are numerous videos on YouTube showing them at use.  Here is one from modern India, and here’s another one.

Here is the other half of the Early English Bread Project at a quern. 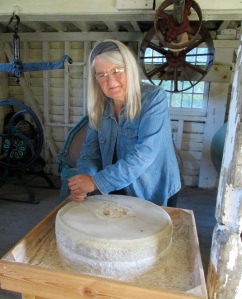 This picture does not accurately depict traditional practice, because as the images above show, querns are actually operated by sitting on the ground, and traditionally by two women working together.  This was even witnessed in Matthew 24:41: “Two women shall be grinding at a mill: one shall be taken, and the other left.” A quern is ideally used by two people, to trade off the hardest grinding, or for one to pour new grain into the centre of the quern while the other one kept the quern turning.  If traditional patterns of repetitive work hold true, there may have been traditional quern-grinding songs to accompany the work, assuming they had the breath to sing them.

Grinding was so important that quernstones were unquestionably the largest item in sheer volume of trade, and I mean sheer volume literally. There was a booming import trade in lava querns from the Rhineland to England — they came only half finished, used as ballast on ships, and then were finished in England and sold around the country. For the average, non-elite household, the quernstone was probably the most expensive thing the household owned: the equivalent in modern expense and necessity to a furnace or car. The Graveney shipwreck, from around 930, shows that the ship may have contained as many as 280 quernstones, for a combined weight of as much as seven tons — and that’s only one ship. That’s a lot of women grinding flour, and that’s a lot of bread.

In the Anglo-Saxon period, the great transition is away from this domestic, home-based, communal grinding. When querns were replaced by regional mechanical mills, in the tenth and eleventh centuries, this source of women’s community disappeared. 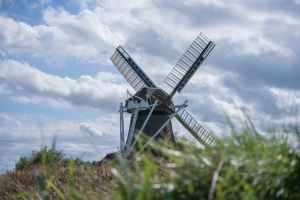 Photo by Skitterphoto on Pexels.com

But let’s not lament this loss or glorify this home-based industry too much — the work must have been drudgery, and it probably involved multiple hours of grinding per day. It likely took as much time as cooking does now, except that there were no shortcuts available, apart from having slaves. For households with slave women, it is almost invariably the slaves who are assigned this task. This is despite the fact that grinding was arguably the most important thing that went on in the household.  It required enormous strength — when researchers analyzed the upper arm bones of women who lived from the Neolithic through the Iron Age, they found that the women of the period, who spent much of their time grinding, had bones that were 5-10% stronger than rowers from the Cambridge University women’s rowing team — and those women are impressively strong.*

However, as I say, in the later period, more water mills were established, and home grinding was replaced by suit of mill, in other words by the requirement that householders should bring their grain to the lord’s mill and have it ground for a fee, rather than doing their grinding at home. By the thirteenth century this requirement was effectively the law across the land. There are numerous early modern accounts of authorities finding contraband home querns that people were hiding, and destroying them. Incidentally, this requirement was also imposed in Scotland, where it was called thirlage, and where it was only revoked in 2004.

So what this means is that what had been a home-based, communal, women’s domain became a part of the larger economy — part of the economy of exchange, and in the domain of men. The millers were men, and the lords who controlled them were men.

So the question is: did this rob women of a communal activity and self-sufficiency, or was this a welcome relief from drudgery? One important question is: what were they doing with that extra hour or two or three per day in which they no longer had to grind? We do not know.

We do know two things. One is that in more recent, more intensively studied periods, every time a mechanical or electronic aid to women’s household work comes along, the culture responds by raising the required level of work. When sewing machines were invented, women didn’t get more free time; instead, there was soon pressure to own more outfits and changes of clothes. When vacuum cleaners were invented, houses were not cleaned more easily on the same schedule, but more frequently. 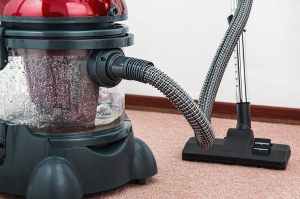 Photo by Pixabay on Pexels.com

The millers profited by taking a proportion of the flour ground from each household’s grain. So it may be that the time saved in not grinding at home was occupied in producing more food or income to compensate for this loss of flour.

We might also note that late medieval England is the period in which highly refined white bread (long the high-status bread) became more common. It may be that the long process of sifting flour to make white bread took up the time saved in not having to grind. In this scenario, they had the same amount of work, but with it they produced fancier bread.

Whatever filled women’s grinding time, women were identified with bread and baking. In the many medieval miracles involving bread, men are granted divine bread from heaven, but the women appear only as bread-making complainers: sometimes protesting that the communion bread can’t be the body of Christ, because it was made that morning (as in a famous miracle recounted by Gregory the Great), sometimes griping about others’ techniques, as in the case of the peasant wife who complained when King Alfred burned the cakes.

Sex and fertility also tend to creep into narratives of women and bread (as it still does — think “a bun in the oven”). And magic — but that’s a topic for next time.  Whether practicing magic or not, whether evincing yeasty fertility or not, for hundreds of years women’s lives literally consisted of the daily grind.

6 thoughts on “The Deep History of Women and Bread, Part One”